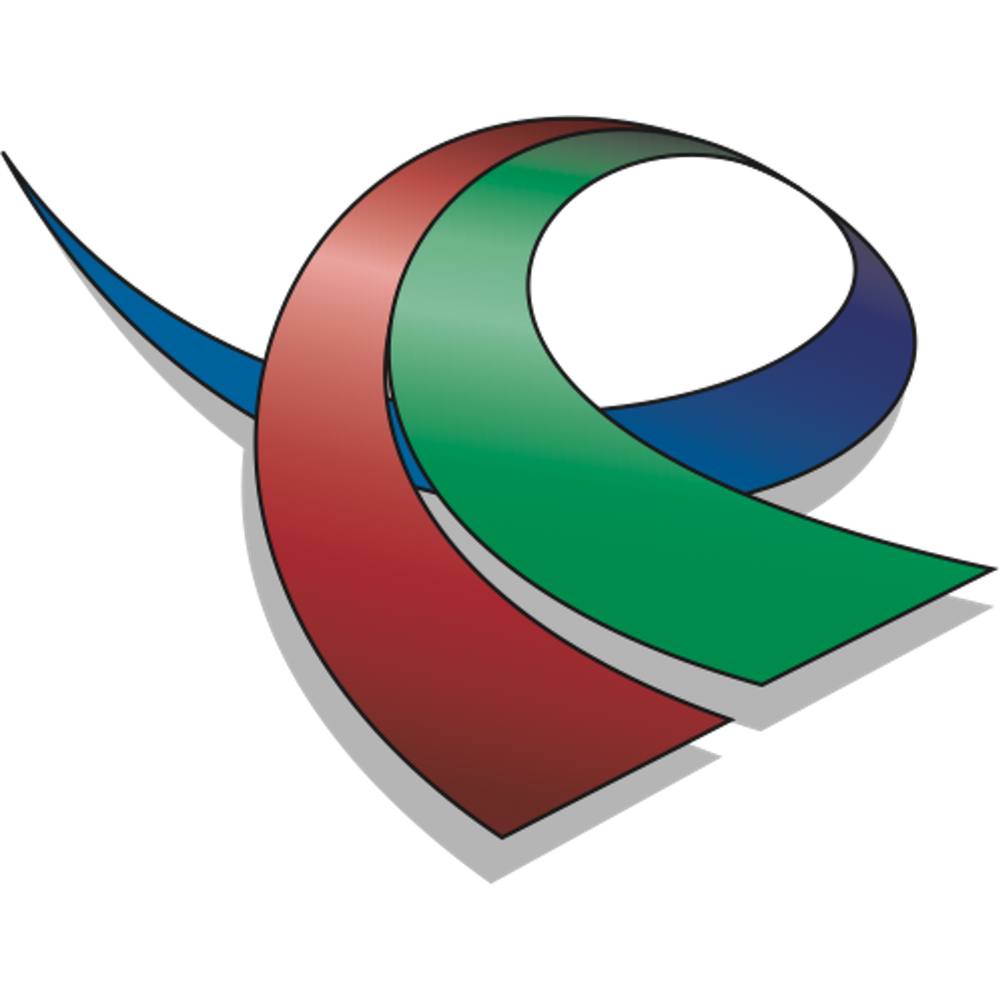 Only use this release with OBS 24 or above!

ProPresenter is the industry standard for church presentation software. If a church uses something other than PowerPoint, it's most likely ProPresenter. Feb 28, 2020 With ProPresenter 7, Renewed Vision is also unveiling ProPresenter+, a cost-effective annual option that offerssoftware updates and new functionality to customers in shorter intervals. Developed at the same time as the Mac version, the Windows version of ProPresenter 7 is 64-bit native for improved performance, stability, and integration with.

On Windows, you must reboot your computer to make a new or updated NDI Runtime installation effective

Download and run obs-ndi-4.7.1-macOS.pkg. This will install both the plugin and the NDI 4.0+ Runtime. On macOS Catalina (or if it doesn't install the NDI runtime automatically), you'll have to download and install the NDI runtime manually: download it here.
Note: the installer package is digitally signed, so macOS shouldn't complain. However, if it is the case and a security alert pops up when trying to launch the installer, go to the 'Security & Privacy' panel in OS X Settings and click 'Open Anyway'.

There are two primary problems with using a smartphone or tablet to live stream your service from the back of the room. The first is zoom. Getting close enough to the action without sacrificing image quality can be difficult, especially if your leaders won't let you get close enough to account for the limitations of the lens in a mobile device.

The other is even harder to correct. Sure you could awkwardly frame a shot or quickly pan over to a screen, but neither of those are solutions like capturing the output of your worship presentation software and showing that instead of a video of it on the screen.

First, you need a system that can switch between the camera and the worship software. This will require, at the very least, a different app for your device or a computer that would do the encoding using OBS, Wirecast, vMix, etc.

Ideally, you'd want to look at a video switcher. Sure, they're a lot more money than just holding up a smartphone, but if you want to go to the next level and add in multiple cameras or just the output of the worship software, it's a great choice. If you're comparing it to free software for switching and encoding, you'll think a switcher is a bad deal. Instead, consider the cost of the computer, software (maybe), and capture cards when you compare prices.

... consider the cost of the computer, software (maybe), and capture cards when you compare prices.

In an earlier article, I talked about the different types of keys you'd use to superimpose worship software onto a video source. But whether you do that or just switch to a full screen image of the output of the worship software, you'll have better results than the alternative of shooting the screen.

Let's start with an obvious problem though. How do you get the output of your worship software into your switcher or encoder? Before, it was just turning the camera, but now it's more complicated.

How do you get the output of your worship software into your switcher or encoder? Before, it was just turning the camera, but now it's more complicated.

First, let's look at the video switcher solution, since in some ways, that's the easiest problem to solve. Let's assume you've already got PowerPoint, Keynote, ProPresenter, Proclaim, Easy Worship, MediaShout, or any of the other presentation software packages, whether secular or church-focused, running to a projector or other display for your in-person congregation to see.

If you've only got one projector or television, you might wonder how you'll send that output to two places instead of one.

One of the first ideas a lot of people have is to use an additional video output as a duplicate or mirror of the main one you're already sending. 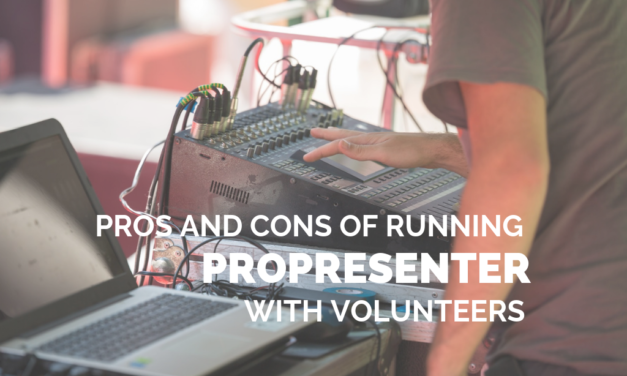 Under some circumstances that idea might work, but there are a couple of problems. You need an additional output and your computer would need to support it. MacOS, for example, can duplicate two of three displays, but doing so puts additional strain on the computer. That's also true on Windows ... and it's not necessary.

There's a device which amplifies and splits the signal so that one output can easily become two ... or more. Its technical name is a Distribution Amplifier or D.A.

There's a device which amplifies and splits the signal so that one output can easily become two ... or more. Its technical name is a Distribution Amplifier or D.A. Most people erroneously call them 'splitters,' but that's not correct because they aren't passive devices. They're doing some work to make sure the output signal is at least as strong as the input, not half of it.

So, if you're using a video switcher, it could be as simple as plugging a camera into one input and one of the outputs of your D.A. into the other (assuming everything is the same resolution).

Then, either key the worship lyrics, etc, over the camera or switch to full screen.

With encoder software (and some switchers, especially those like the Tricaster, created by NewTek), you have an option.

With software-based options, you could just get a capture card and capture the output of the presentation computer directly into the software. These range in price from a few dollars (for no-name SD versions, which you should avoid) to a few hundred for models from AJA, BlackMagic, etc., which tend to give you a better signal (in HD or better, too).

Another option is that you can capture the output in the worship software computer and electronically send it to the switcher/encoding software, either on the same computer or over the network.

Wirecast has a utility that does just that, but another option is NewTek's format called NDI. NDI, short for 'network digital interface,' sends low-latency video over the network. The easiest way to do it is if your worship/presentation software is NDI aware.

NDI, short for 'network digital interface,' sends low-latency video over the network. The easiest way to do it is if your worship/presentation software is NDI aware.

For example, the SDI module in ProPresenter 6 can output NDI. Check to see if yours does, either natively or with an add-on because this tends to have the fewest problems.

There are other options, as well. NewTek makes a software suite called NDITools which is a free download on their website. There's a bunch of software you'll get with NDITools, but what we're looking for is NDI Scan converter.

This software allows you to designate an output (or even just a part of a window) and capture then transcode it to NDI.

Some Mac worship software has the ability to output a signal via syphon. Syphon is an open source project that does much of what NDI does.... If NDI scan converter doesn't meet your needs, it's possible that you might have another option, as well. Some Mac worship software has the ability to output a signal via Syphon. Syphon is an open source project that does much of what NDI does, but sends the output of one program to another on the same machine.

If you've got a pretty powerful machine and can run both--easily (because you don't want one minor process like a typo correction to be the straw that broke the camel's back and causes your software to crash)--it's another way to do the job.

There's also another little free utility called NDIsyphon which can even take syphon from your worship software and turn it into NDI so that it can go between computers or be available to a NewTek Tricaster.

NDI is fast becoming a standard, so it's probably something to be aware of, at the very least.

NDI is fast becoming a standard, so it's probably something to be aware of, at the very least.

How you interface your worship/presentation software with your live stream depends on what you're using, where you're going, and the budget you have. That said, it's not that difficult, despite all the options, and it takes the quality of your live stream up quite a bit from barely viewable to professional and distraction-free--if you do it right.

It's worth the trouble to remove distractions. So, whether you're adding in a video switcher or sending the signal over the network with NDI, figure out the option that's best for your situation and implement it. You'll be glad you did, and so will your online congregation.